On the side of knowledge

The Summer Courses of the UPV/EHU launch a new image to continue being a refence in the dissemination of knowledge.

This morning Eva Ferreira, President of the Summer Courses Foundation and Vice-Chancellor of the UPV/EHU/EHU, presented the content of edition number 41 together with Fundación BBVA Deputy Director Laura Poderoso and Summer Courses Academic Director Itziar Alkorta.

In the ceremony the Summer Courses Foundation of the UPV/EHU presented its new image, reflecting the evolution over the last few years, going beyond the traditional timeframe of the summer to offer a range of options throughout the year. The new brand −UIK− is a reflection of the diversification of the courses on offer and their formats − online, in-person and/or hybrid −, the ‘delocalisation’ of the student population away from the UPV/EHU’s hinterland with a growing number of international students, and the transformation of the internet experience and the programme model based on challenges.

The new brand – UIK – will be accompanied by the distinguishing feature of the Summer Courses: the logo created by Eduardo Chillida for the Summer Courses of the UPV/EHU, and by the references of the different programs carried out by the Foundation.

This evolution will allow the Foundation to continue “on the side of knowledge”, a motto that distinguishes the edition and one that transmits the essence of the Summer Courses: the dissemination of knowledge. Faced with the situation of uncertainty created by the disruptive events we are living through and that will change the course of our future, and the disinformation that is polarising our societies more and more, we need to take the side of knowledge.

We are a permanent forum for knowledge, reflection and debate. A common space to share know-how, training and critical thinking. This is why the Summer Courses are more necessary than ever.

In the present edition, 154 Summer Courses have been programmed for the present edition; they will take place in a number of sites in Euskadi, Navarre and Nouvelle Aquitaine. Thirty will be in-person, 120 in hybrid format that can be followed either in-person or online, and 4 live online.

This edition will also have 30 conferences open to the public and free-of-charge.

The 41st edition will revolve around 8 major challenges facing society that require most attention at the present time. New modes of governance, equality, digitisation and mental healthcare as hot topics that require priority attention. Then there are ageing and sustainability, consolidated as priority points that need attention for the future of our society. Not forgetting our classic themes such as education and Basque culture, core elements of the Courses. The impact of the war in Ukraine will be highly present in the programme, as well as the evolution of the pandemic and its consequences, as cross-cutting themes that impregnate the content of the edition.

Sustainability is one of the flagship themes for two decades. So much so that the Courses set up a specific forum to deal with sustainability in 2020: the Donostia Sustainability Forum (DSF). In this edition we will have 37 courses addressing issues such as the climate crisis, analysed from realistic perspectives of decarbonising the Basque economy through the opportunities offered by new technologies in the fight against climate change, connected mobility, community energy initiatives and the role of the economy and businesses in this process, new forms of urban planning, etc.

Focusing on the prevailing warlike and geostrategic atmosphere, the BC3 will look for new responses to climate change in the current geopolitical and energy context. We will also examine contamination by pharmaceutical products, one of the priority lines of research of the main bodies dedicated to the protection of public and environmental health, with invited speakers from the World Health Organisation (WHO) and the European Commission.

Ageing is a priority area of analysis for a few decades years in our academic encounters. The political and social debate related to new propositions will be approached from various angles because many courses address this reality. For example, a course on people’s active right to participate in their life plan; healthcare for older people (not necessarily provided at home but as if it were at home), or the active role of user-friendly architecture and urban planning for the elderly. Another specific course will analyse the future of long-term healthcare.

Education has remained as one of the leitmotifs of the origin of the Summer Courses over the years. Focusing on the lifelong training of teachers in a changing world that leads to traditional approaches becoming obsolete in a short time frame is one of our great vocations. In this edition the training area will be about education from and for Nature, the challenges involved in specific problems facing students, their oral skills, the creation of spaces where learning is fun or the best selection processes so that our best teachers should want to work in public-funded education. Attention will also be paid to a public education sector that has a vocation to lead a better range of educational services.

Basque culture is tradition. We focus on a particular author, and this summer the invited author is Joseba Sarrionandia, with whom we will discuss his extensive production. Given the great success of the last edition, in this one we have programmed the second chapter of the history of Vasconia in the Late Antiquity era, with special emphasis on the evolution of the Basque language. In the same direction, we will run through the dictionary of historians, jurists and political thinkers in Vasconia in the context of European historiographical dictionaries. Elhuyar will help us get an insight into the dissemination of knowledge in Basque, focusing on the future. Nor will we forget our great towns such as Bermeo, which will have two Summer Courses this year on the Ercilla family and the history of shipbuilding there.

Digitisation permeates all human activity, to the point that it has transformed our lives. The world of work has undergone a profound transformation, and even faster in the pandemic, which is why we will continue to analyse the impact of Industry 4.0. This year we will examine a phenomenon of civilisation that will change the way we understand each other as human beings vis-à-vis machines that learn and take decisions: artificial intelligence will be analysed from a variety of angles in a number of courses: technical, legal and from the perspective of human rights and values.

Governance and its propositions for going deeper into more democratic ways of citizens’ participation will be the focus of many of the Summer Courses. The Secretariat-General of Social Transition and Agenda 2030 of the Basque Government is launching a serious debate on the new social contract. Possible areas of consensus will be defined and a range of inputs into this new social contract will be defined.

Governance will be examined in the Courses we will examine governance from different perspectives, ranging from programmes such as Etorkizuna Eraikiz of the Territorial Administration of Gipuzkoa to proposals for a stronger European Union put forward by organisations such as Eurobasque, including analyses made by municipal councils about sharing and administrating their political space or the management models that the Herri Txikiak are experimenting with.

Mental health will be discussed in several courses. The pandemic has highlighted the lack of attention that has been paid to this area. Once again, the Summer Courses of the UPV/EHU will analyse the phenomenon of suicide, with novel proposals to combat it. This summer an ad hoc course will examine psychological first aid in crisis situations such as those refugees of war. We will have an opportunity to look at the reality of mental health care in the Basque Healthcare System, mental health in older people and in the world of precarious work, as well as preventive measures against phenomena such as suicide or phenomena affecting young people such as the addiction to gambling that is causing so many problems.

In this edition we will be able to call on prestigious figures from different areas of knowledge.

From Carlos Briones, an astrobiologist at the CSIC (Spanish National Research Council) and a specialist in extra-terrestrial life, to Oscar Alzaga, a reference in Spanish Christian Democracy who will hold a face-to-face discussion with Juan Carlos Monedero. The Professor of Criminal Law, in Odessa, Viacheslov Tuliakov: dialogues involving people like Barbara Dührkop (the widow of Enrique Cases, a political leader killed by the Anticapitalist Autonomous Commandos) and Pili Zabala, the sister of Joxi Zabala, who was kidnapped, tortured and killed by the paramilitary group GAL.

The prism also opens up to the participation of Bernardo Atxaga, who will recall the figure of the journalist Mariano Ferrer; Giuseppe Abbamonte, Director of the Media and Data Directorate of the European Commission; Josh Roberts of EScoop.eu, the European Federation of Citizens’ Energy Cooperatives. From the world of the judiciary, the High Court judges Ana María Ferrer, Antonio del Moral or María Ángeles Carmona.

Putting forward a new post-pandemic social contract will be the former Minister of General Development in Portugal and former Attorney-General of the Court of Justice of the European Communities Miguel Poiares Maduro. On Europe, the judge of the European Court of Human Rights for the Parliamentary Assembly of the Council of Europe Luís López Guerra, Juan Pablo Fusi from the world of history and Julio Arrizabalaga and his team from the world of advanced medicine.

Opening of enrolment/registration and acknowledgments

A 41st edition would not be possible without the support and trust received by our Organising Committee and our partners in the Donostia Sustainability Form: Fundación BBVA, Basque Government, Territorial Administration of Gipuzkoa and Donostia-San Sebastián City Council, and to the partner entities of the Cycles and each of the Summer Courses that make this exciting project possible.

Enrolment can be made by mobile device or on the new www.uik.es website. 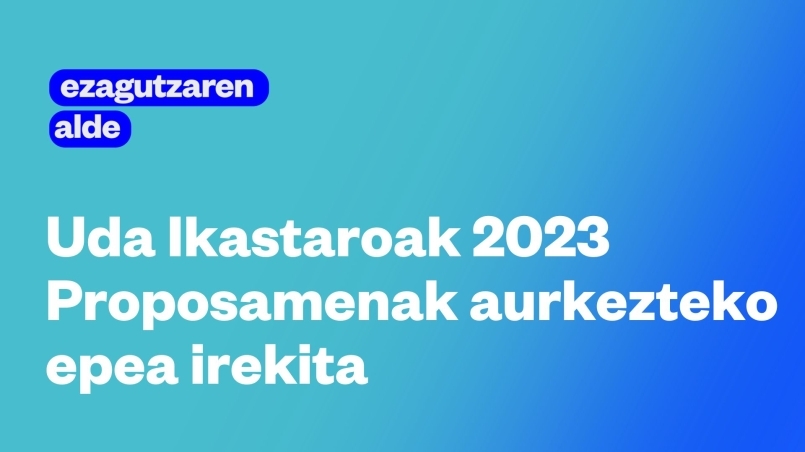 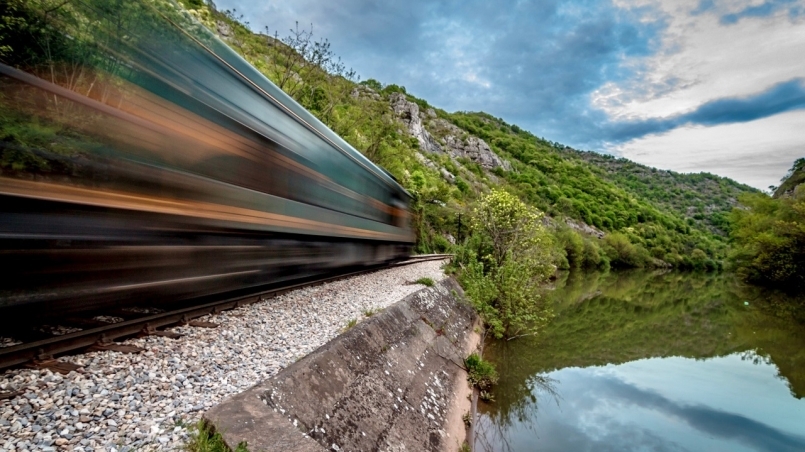